When you write a body paragraph in a research paper, your job is to take the evidence you’ve found and clearly explain how this evidence proves your point (topic sentence/supporting point). Haphazardly dumping all the evidence randomly into a paragraph won’t do it. Think about the order of the evidence, and explain how each bit of evidence supports your point. Take a look at the example immediately below. The colored type is the author’s original thought–the point and the “connectors” that introduce each bit of evidence by explaining what the reader should look for in that evidence–what makes it different than the other evidence in the paragraph.  The black type is a quote or paraphrase of the evidence. 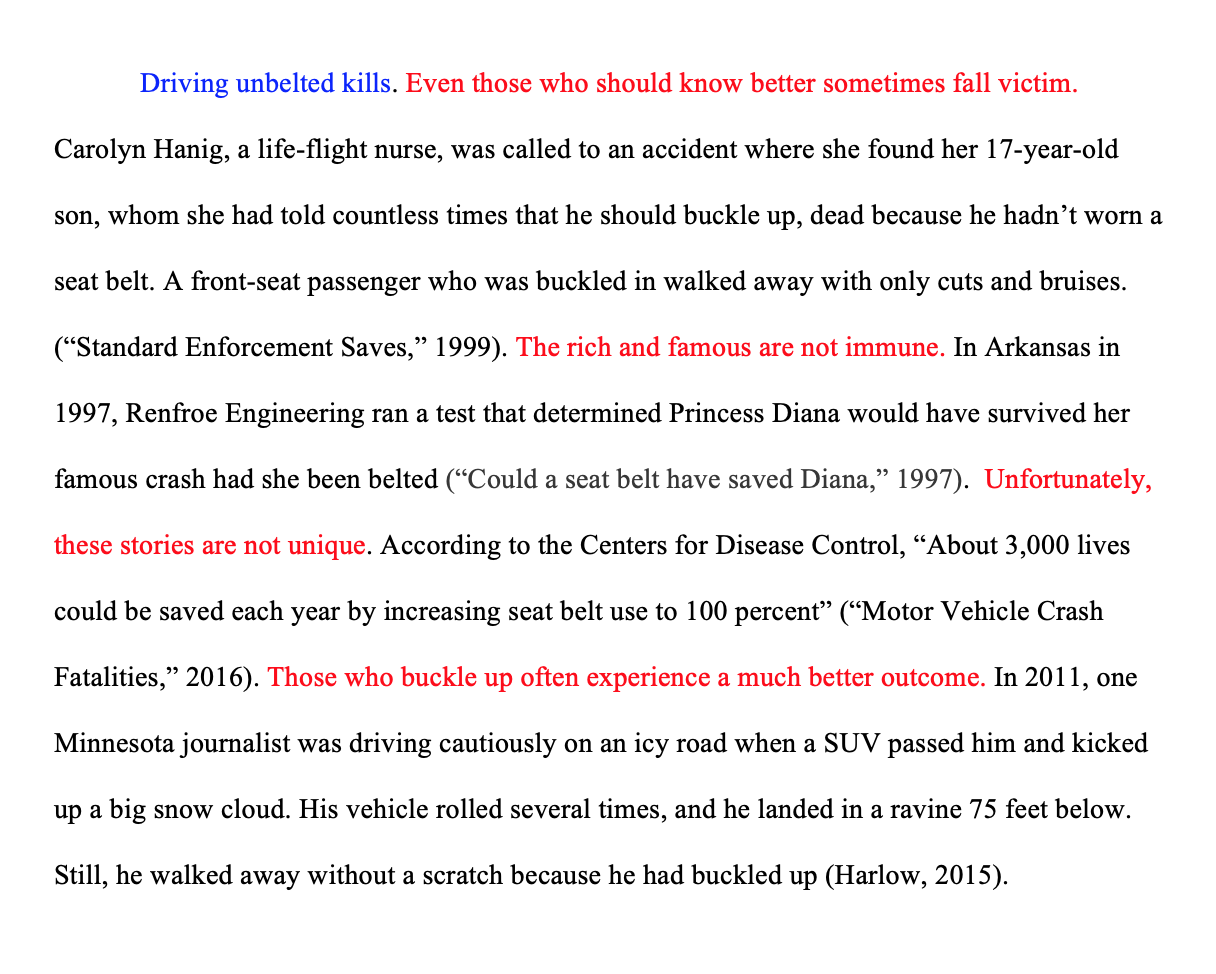 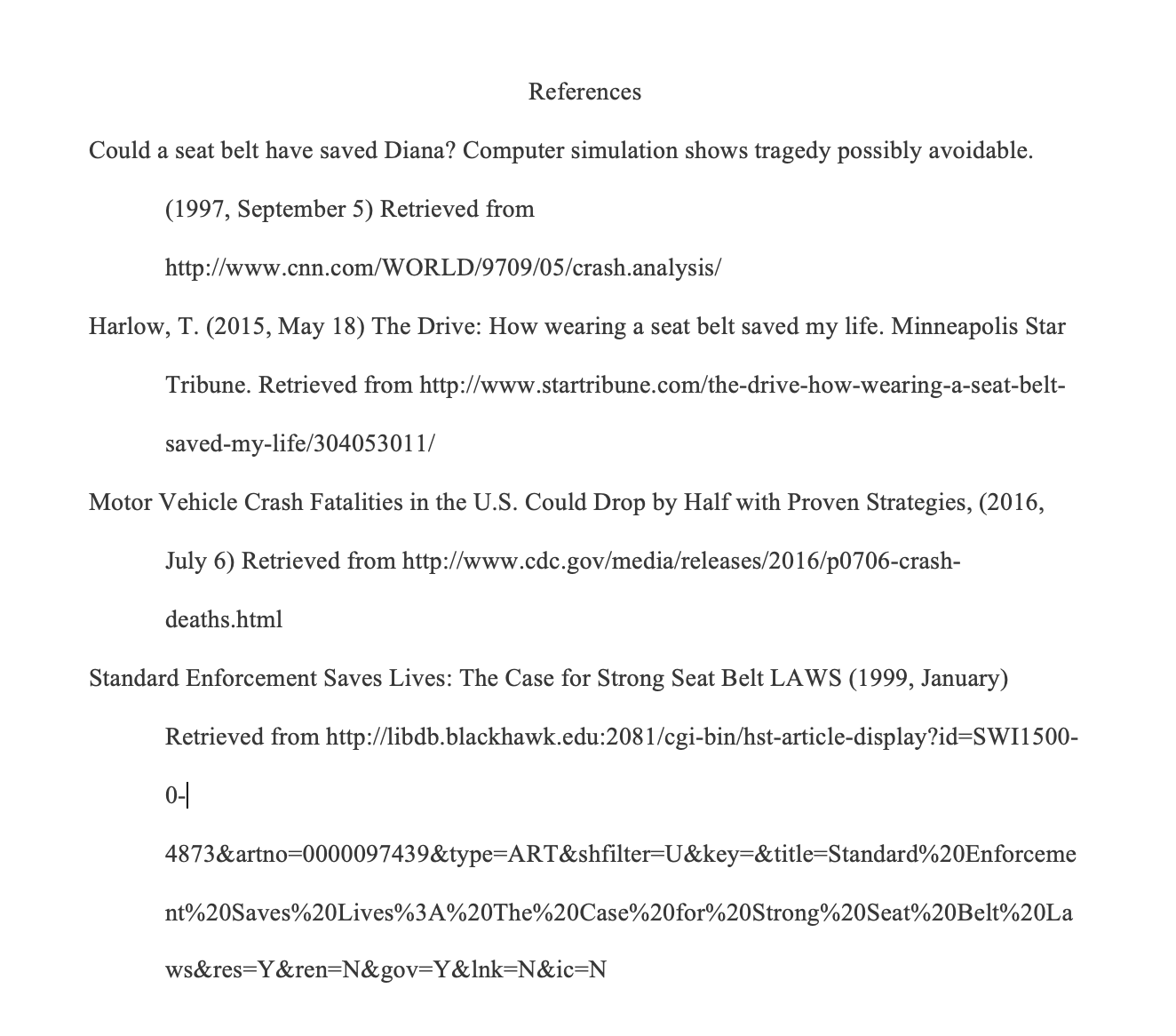 Notice that the vast majority of the paragraph is evidence and that most of the evidence is paraphrased rather than quoted. Notice also that the source is indicated for every bit of evidence, regardless of whether it is quoted or paraphrased.

As you write and edit your body paragraphs, keep these things in mind: